What Do I Say When Someone I Care About Gets Cancer? 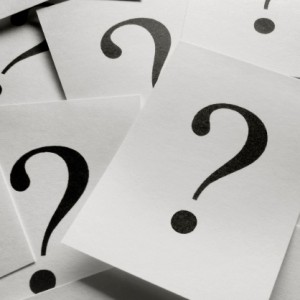 My father’s best friend, Mendl, whose name was very close to my Hebrew name, Mindl, died of cancer when he was fifty. I was eight. There had been lots of illnesses before, but cancer was a whole new ballgame when it came to sickness. The word itself seemed to strike terror in the grownups as no other diagnosis did—as if saying it out loud was enough to cause damage. Other illnesses seemed like defects, mistakes with unfortunate consequences. But cancer felt like it had an actual personality, an evil intention to turn your own body against you bit by bit.

So the big C was discussed only in hushed tones, with innuendo replacing words. Normally, the grownups were only too happy to discuss in great detail every pinch in someone’s pancreas. I soon learned that when they talked about a sick acquaintance with “you know,” that the “you know” must be that bad one. Or else they would refer only to the hospital where their friend was being treated. As soon as they mentioned “you know, Sloan-Kettering,” I knew the person was doomed. Because of their accents my parents pronounced it as “Sloan-Catering.” For years, I had images of white-gloved hands dishing chemo fluids out of sterno-heated silver trays.

I still had that image when, as a psychologist, I trained there in the field of psycho-oncology. And I still had that image when, years later, I was one of the people to whom the white gloved hands were dishing the chemo. Only we aren’t so quiet about cancer anymore. And a good thing, too. Because of my training, acquaintances often contact me when someone close to them gets the diagnosis. They want to know how to be helpful. What do I say? I’m often asked.

The problem with answering that question is that the true answer takes a very long time to really understand, but here it is:

Get comfortable with your own mortality, and you won’t even have to ask the question.

Think about what often happens inside our heads—with different levels of awareness or lack of it—when you hear your friend has cancer:

Oh my God. That’s so terrible.

At least it’s not me.

Oh my God. Did I really just think that? I feel terrible.

With all that going on in your head, it’s no wonder there isn’t much room for just being yourself. So, the first lesson in how to be helpful is recognizing that you won’t always be helpful. Sometimes, you’ll be downright stupid. But hang in there. Research shows that the single most important factor in coping with cancer for many people is their social support system. It’s ironic that mortality is one of the few attributes we share with every single other person in the world. And yet when we’re dealing with it ourselves, it’s the loneliest feeling there is.

Your friend needs you, even if, sometimes, you’ll be an idiot. Recognize also that, sometimes, there’s a limit to how many brownie points you’ll get for getting it “right.” This is especially true for health professionals. When was the last time someone came home after a doctor’s appointment and said, Harry, guess what? I just found out that I have cancer. But, you know, the doctor told me in such a nice way that I feel fabulous, I really do! My own doctors behaved very badly during the diagnostic process, which is not uncommon.

This is the first of two posts—from both sides of the hospital bed— about the experience of having cancer, both for cancer patients and the “not yet sick,” as Paul Mann mischievously referred to everyone else. If we can learn to bridge the gap between the sick and the well, maybe we can make illness—even one that feels as malevolent as cancer—a little less scary and lonely for everyone.

Next week: What Not to Say to a Cancer Patient
(hint: what you say may mean more than you think it does)