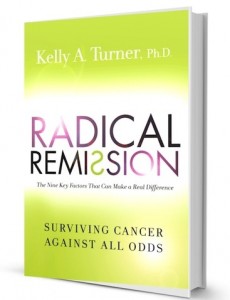 According to statistics, Lola Baltzell should have died 3 years ago. Instead, she celebrated the fifth anniversary of her diagnosis of metastatic breast cancer by biking 110 miles to raise money for the Dana-Farber Cancer Institute in the Pan-Mass Challenge.

Not only is Baltzell still alive after 6 years when median survival is 3 years, her scans have been clear of cancer for more than 5 and a half years.

“You will never be in remission, you are a chronic patient, you will never be cured — that’s what the doctors keep telling me,” she said. “But every scan done after November 2008 has been negative.”

Baltzell, a 53-year-old social worker and artist who lives in the Boston area, is constantly on the move. She bikes to work year round, no matter what the weather, curates art shows, has showings of her own work, and is an avid practitioner of yoga and meditation. She sees herself as strong and healthy, and is hopeful that she will continue to defy the statistics.

Baltzell’s experience is not unique. Although it is neither typical nor common, it is not all that rare. There are thousands of cancer patients just like her, who have extended their survival way beyond the upper limits of the median or who are seemingly cured after a terminal prognosis.

These individuals, sometimes called exceptional patients, have begun to attract the attention of researchers who are interested in what, if anything, they are doing to heal themselves of incurable diseases or to improve their chances of being cured.

Spontaneous remission, as it is often referred to, caught the attention of Kelly Turner, PhD, when she was an undergraduate at Harvard University in Boston. “I was surprised how little research was being done by the medical community on these patients who had healed from cancer,” she said in an interview. “Many of the patients had healed without undergoing Western medical treatment or, following its failure, they used other therapies to extend their survival.”

It became the focus of her PhD thesis at the University of California, Berkeley. Dr. Turner’s research involved a year-long trip to 10 countries to interview 50 holistic healers and scores of cancer survivors about healing techniques. Since that time, she has analyzed more than 1000 cases of spontaneous remission and written a book: Radical Remission: Surviving Cancer Against All Odds. Dr. Turner prefers the term “radical remission” because typically there is nothing spontaneous about these unusual cures. Most patients were actively doing something to facilitate healing.